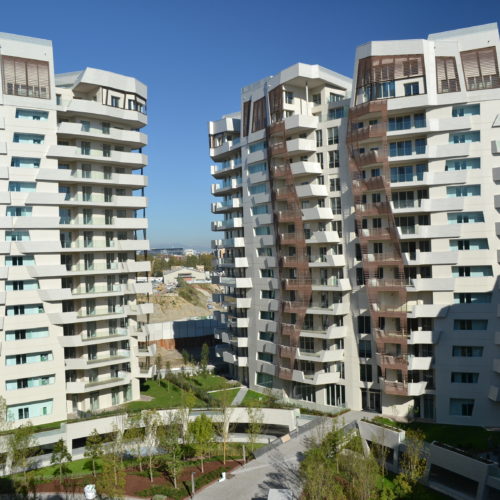 Chosen in 2013 by architect Daniel Libeskind to redesign CityLife, our sunshades continue to prove their structural strength and exclusive design to this day.

In 2013, architect Daniel Libeskind took considerable time before choosing the most suitable material to cover the façades of Citylife in Milan. Product reliability, the financial impact on the project in its entirety and the availability of the company all had to be taken into account. But, above all, the resistance capacity of the sunshade material, which would be constantly exposed to the fickle weather, needed to be taken into consideration.

After years of technical testing, Libeskind’s choice fell on WoodN Industries high-performance composite wood, rather than traditional wood. The latter would have required excessive maintenance to keep it intact over time. WoodN sunshades, on the other hand, demonstrate their resistance to the elements and their unmistakable aesthetic value every day.

Several years have passed since the sunshades were installed at CityLife. Since then, they have effectively countered storms, hail, snow and even the scorching sun without any variation. Indeed, the district is always welcoming and elegant, thanks also to the color chosen for the sunshades: a brushed Cuba that is in perfect accord with the context, softening the creamy white of the structure.

The unique arrangement, practically an origami composed of 30,000 sqm of sunshades, was made possible thanks to a collaboration with a partner company that resulted in the creation of an ad hoc substructure made of extruded aluminum.

Ultimately, participating in the ambitious CityLife project was a golden opportunity for WoodN Industries, which was thus able to demonstrate its commitment to respecting the environment. In fact, the entire district, arranged around a large central park, was designed to serve as an example of eco-sustainable architecture. 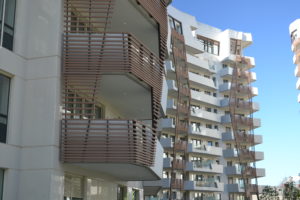